Print copies of classical texts can be located via the library catalog.

Whenever possible, you should use scholarly editions of classical texts.  A scholarly edition of a text typically will present and discuss variant versions; provide historical, cultural and linguistic context; and delineate the history of scholarly approaches to that text.  Most scholarly editions will have an editor (or editors) and will be published by a university press (see catalog example below). 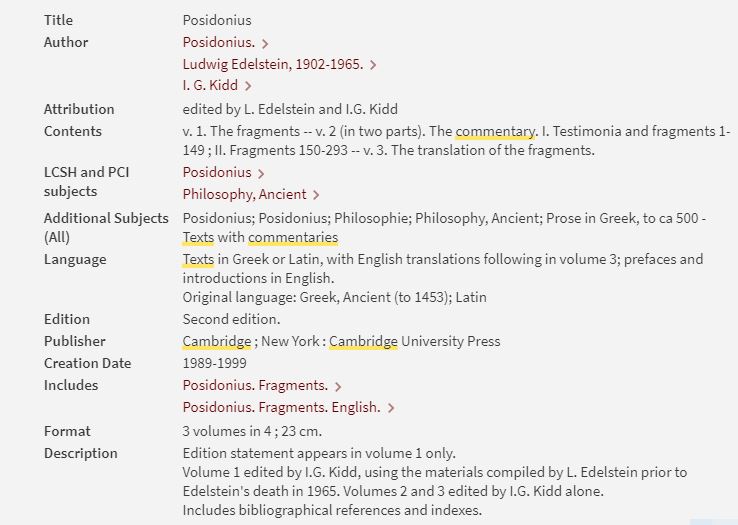 The Library also has Cambridge Classical texts with translated texts of the original text in Greek or Latin.

English translations of classical texts can differ markedly.  Always use the translation your professor recommends.

Primary sources are the "raw materials" of scholarship.  Your selection of primary source materials for your research project will depend on your topic, your approach, and what is available to you in English translation.

In humanities disciplines, including history, a primary source: