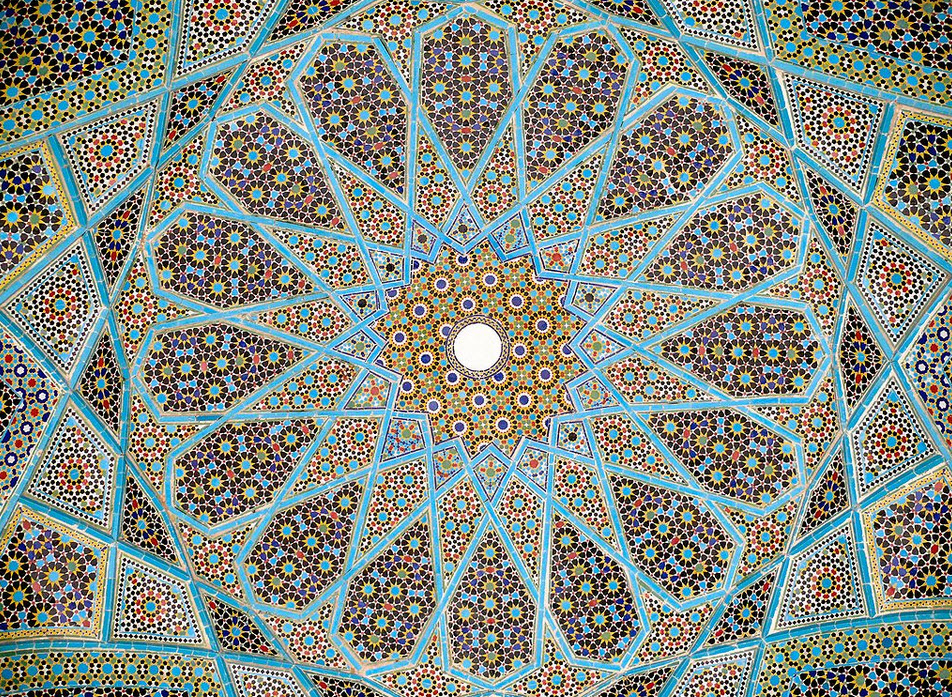 Iranian glazed ceramic tile work, from the ceiling of the Tomb of Hafez in Shiraz, Iran.