Technology and Society: A Study Examining Science Fiction Novels in the Early 19th and 20th Centuries: The Project

STS scholars use fiction books in order to study how people viewed technology, and how
technology interacts with society, at the time which the books were written. I will study the
technology that is used and described in the books listed below. To help contextualize these
novels, I will also examine secondary source works.

The three fiction novels used for this project are works of science fiction. The novel's are Mary Shelly’s Frankenstein, Jules Verne’s Twenty Thousand Leagues Under the Sea, and H. G. Well's The First Men in the Moon. Various technologies in these novels are used, however the use of electricity is the common technology used between the novels.

There are other various connections between the novels in how they use technology. All of the novels use technology, especially electricity, in order to either create, or have an affiliation with a “monster,” or something that is fantastic, unexplainable and unrealistic. In Frankenstein, is the creature that Dr. Frankenstein created, and in Twenty Thousand Leagues Under the Sea, is Captain Nemo’s submarine or “sea monster", and in The First Men in the Moon it is the Selenites. In these examples, technology and science play off the imagination and the unknowns that come with scientific and technological development. H. G. Well's The First Men in the Moon shows the impact that technology has on exploration, which is also prominent in Verne's Twenty Thousand Leagues Under the Sea. Even also in Frankenstein, with the undertaking of Dr. Frankenstein to find the Monster in the novel.

Though these novels were written between the early 19th and late 20th centuries, they all share similar themes in how science impacts society. It can be argued that the common theme between the novels has to do with the uncertainty, or mystery that comes with new scientific developments. In my opinion, this intersection of studying science history through literature shows the connection between the arts and sciences, and truly shows how interdisciplinary studies can shed light on traditional topics in a new way. As Albert Einstein once said, "The most beautiful thing we can experience is the mysterious. It is the source of all true art and science."

One aspect of this research is to determine how society reacted to science developments. This study will have examples that shows how science influences society, but also how society reacts to science. Through the study of novels, these ideas can be shown through the use of science technology is science fiction novels. In Twenty Thousand Leagues Under the Sea, marine technology inspired Verne to write the novel, however, Verne's writing had an impact on submarine development after the book was written. Mary Shelley's Frankenstein was influenced by current scientific experiments that were happening before and during the time that she was writing the novel. The First Men in the Moon explores the unknown with scientific discovery in space. Much before the so called "space race" in the mid to late 1900's, but in a time where science was a bit more grounded.

Therefore, though the chronology of scientific influence might not be linear, it is important to understand the dynamic relationship between science and technology and society. Especially, how versatile and complicated relationships and reactions can be. Whether this relationship is influenced by other variables, such as religion, education, and the like, perhaps science today can be partly explained by the reactions and interests of those in the past.

Each case study in this project will be studying a specific research question. However, there is an overarching theme to all of the science fiction novels in this project, which is electricity. These novels, which span from the early 19th century, to the early 20th century, all feature electricity in some way in the novel. These novels all narrate electricity in different ways though, and the main plot in the novel often doesn't have to do with electricity at all. However, the importance and significance of electricity at the time in which these novels are written tell that the impact on which it had on society was significant, and is worth studying. 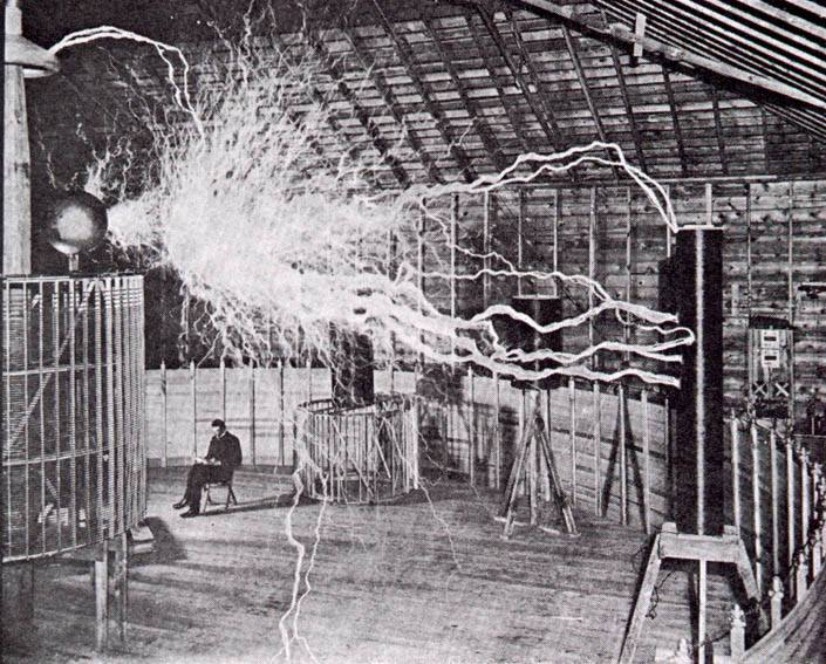 Using Science Fiction as a Lens to Study Science

An example of using science fiction to study how science has impacted society in the past is the article "Volta's Battery, Animal Electricity, and Frankenstein" by Dr. Richard Sha. This article examines the Volta/Galvani debate in the context of Frankenstein. While Dr. Sha is a Literature professor, this article is still an example of how literature can be used to study such things like how society reacted to science and how science was impacting society at the time.

The debate that Dr. Sha analyzes is the debate on animal electricity. Luigi Galvani and Alessandro Volta had a debate as to whether the electricity that occurred during Galvani's frog experiments (see the "Frankenstein" tab in this project for more information on this topic) occurred because electricity was simply passing through the animal, or if the animal itself conducted electricity. By applying Frankenstein as a framework for this debate allows the "epistemology of biology" to be questioned. This is because Mary Shelley's work applies vitalism into the Volta/Galvani debate.

This study, and those like it, are important in that it allows scholars to see how members of society in the past, such as Mary Shelley, see how science developments that the time can be controversial. In this case, a new framework was applied to the Volta/Galvani debate, which may have not occurred if Frankenstein had not been used to study the debate.