Mary Shelley’s literary masterpiece Frankenstein captured the world from the time it was published. It has been made into various plays and movies from the early 20th century until today and the monster from the story has had some of the greatest, and most, appearances across the re-telling of Shelley’s story. The profound impact of Frankenstein helps us to better understand how people in the early 19th century viewed scientific developments and experiments. Shelley was no stranger to the science world at the time, with a large network of scholars, many being writers and scientists, Shelley was aware of the potential that could come of chaotic and unexpected scientific development.

Research Question: Did Mary Shelley's network and lifestyle influence how she perceived science?

Mary Shelley was born in England in 1797. Her parents were well connected in British society, which lead to Shelley being well educated, and having met some of Britain's greatest scholars and writers while growing up. She became an avid writer, especially after meeting her husband, Percy Shelley. Their life consisted of parties and travelling, especially with their close friend Lord Byron, and most importantly, writing.

Her inspiration for Frankenstein was from a dream that she had. Originally published anonymously, though it was often suspected that Percy wrote it, it quickly became a very popular story. And it still is. Thee monster from the novel has become one of the most popular influences for movies and plays across the 20th century, and is still influential today.

It is speculated that the electricity in the novel, used by Dr. Frankenstein to create the Monster, was a battery. This is important because of the Volta vs. Galvani debate that was happening at the time, and the impact that this had on Shelley. Especially because Luigi Galvani was a family friend of Shelley's father. 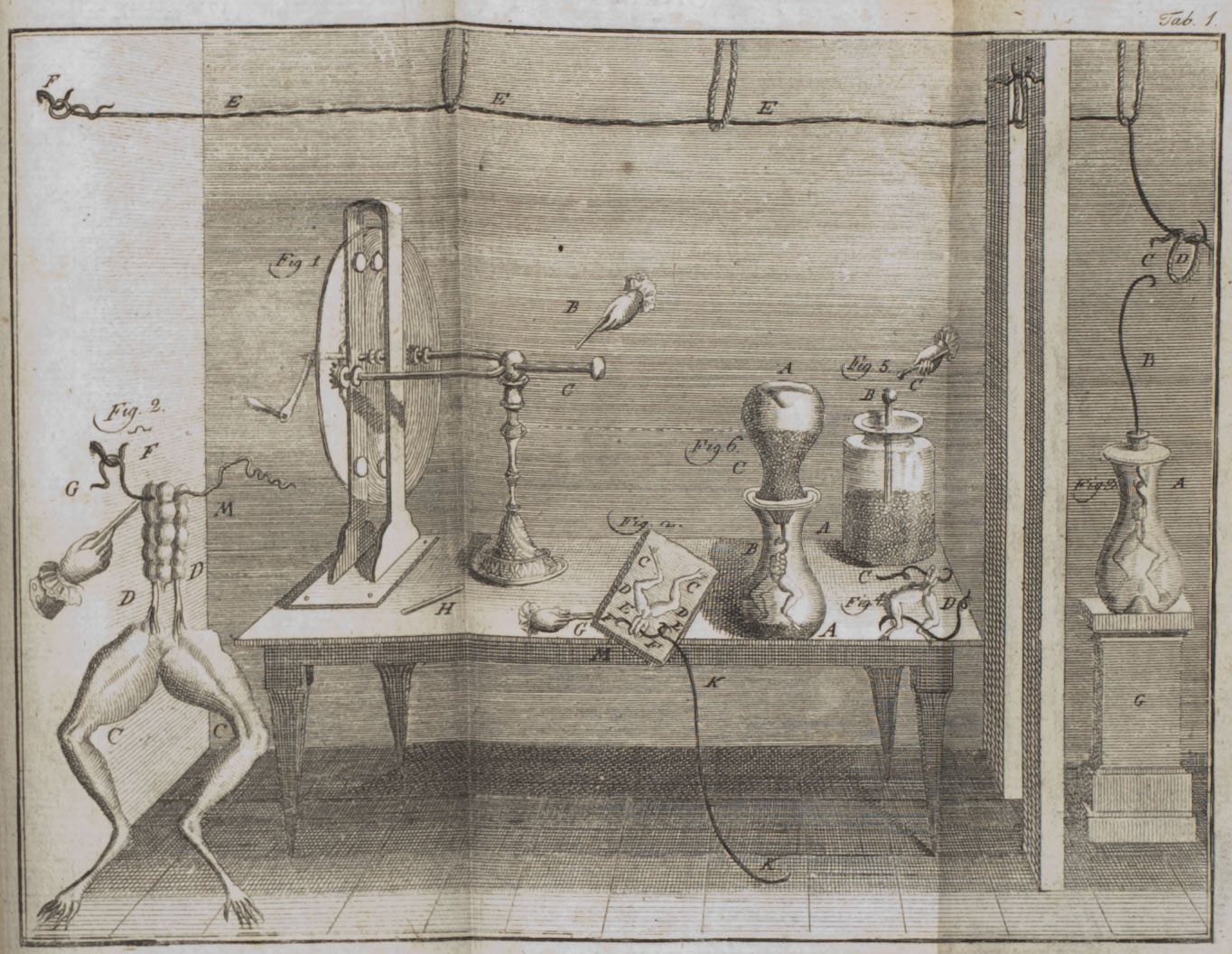 During my research, the most fascinating things that I found that Shelley’s father was friends with Luigi Galvani. This is particularly interesting because of the Volta vs. Galvani debate about animal electricity. These arguments were fueled by Galvani’s frog experiment, where electricity was used in order to make dead frogs legs move. However, the debate between Volta and Galvani is as follows: Volta argued that electricity was “man-made” in the Galvani experiments, and the connection was made due to a connection between the metals used. However, Galvani argued that the electricity came from the animal itself. Galvani’s Nephew, Aldini, even tried the experiment with a corpse, making the face muscles move by connecting a battery to a decapitated criminal head. 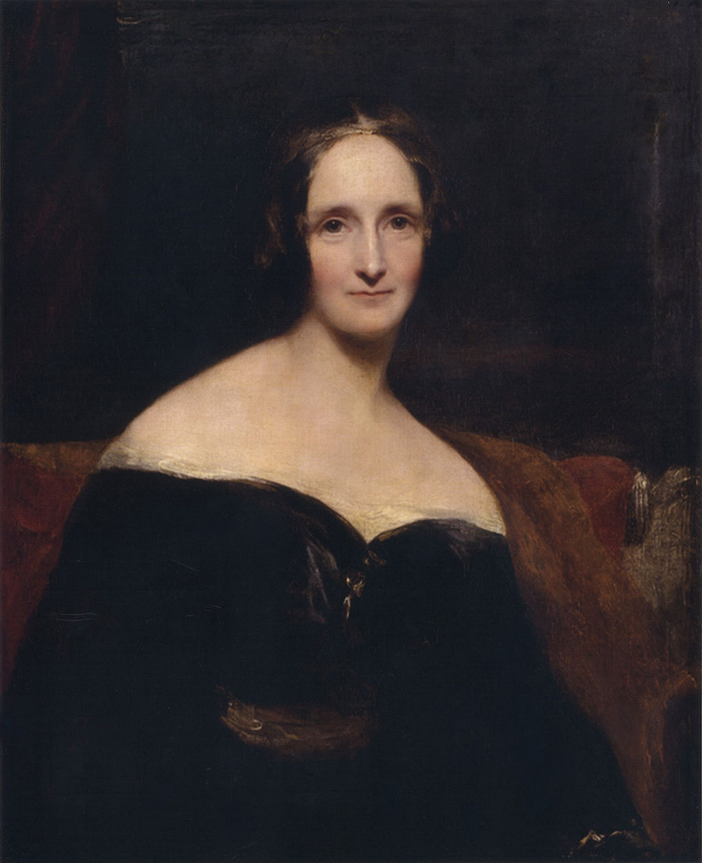 The Galvani experiments had an influence on how Shelley viewed science developments, especially surrounding the ideas of life and death, and how we have a role in using science and technology in that. This analyzing how the concepts of life and death really had an impact on Shelley. As her mother’s death had a big impact on her growing up, which may influence some ideas that she has around this theme.

Death is a common theme in the story. Many characters die in the novel, including members who are very close to Dr. Frankenstein. This is important because it important because of the underlying theme that occurs in the novel with new scientific development. The connection between life and death and how electricity plays in that role is paramount in the Frankenstein story.

"It was on a dreary night of November that I beheld the accomplishment of my toils. With an anxiety that almost amounted to agony, I collected the instruments of life around me, that I might infuse a spark of being into the lifeless thing that lay at my feet. It was already one in the morning; the rain pattered dismally against the panes, and my candle was nearly burnt out, when, by the glimmer of the half-extinguished light, I saw the dull yellow eye of the creature open; it breathed hard, and convulsive motion agitated its limbs."

“…she (Shelley) recognizes how even scientific understandings of electricity were a token of something else. Hence she contrasts electrical violence with tamed experiments”

This quote was taken from Professor Richard Sha's paper on the Volta vs. Galvani experiments. This quote is a perfect example of Mary Shelley's analysis of electricity at the time which Frankenstein was written. Especially, this is an analysis on experiments that could potentially be happening at the time. Was there a potential for experiments surrounding electricity to become dangerous? Or could the consequences of these experiments be more than what we bargained for? 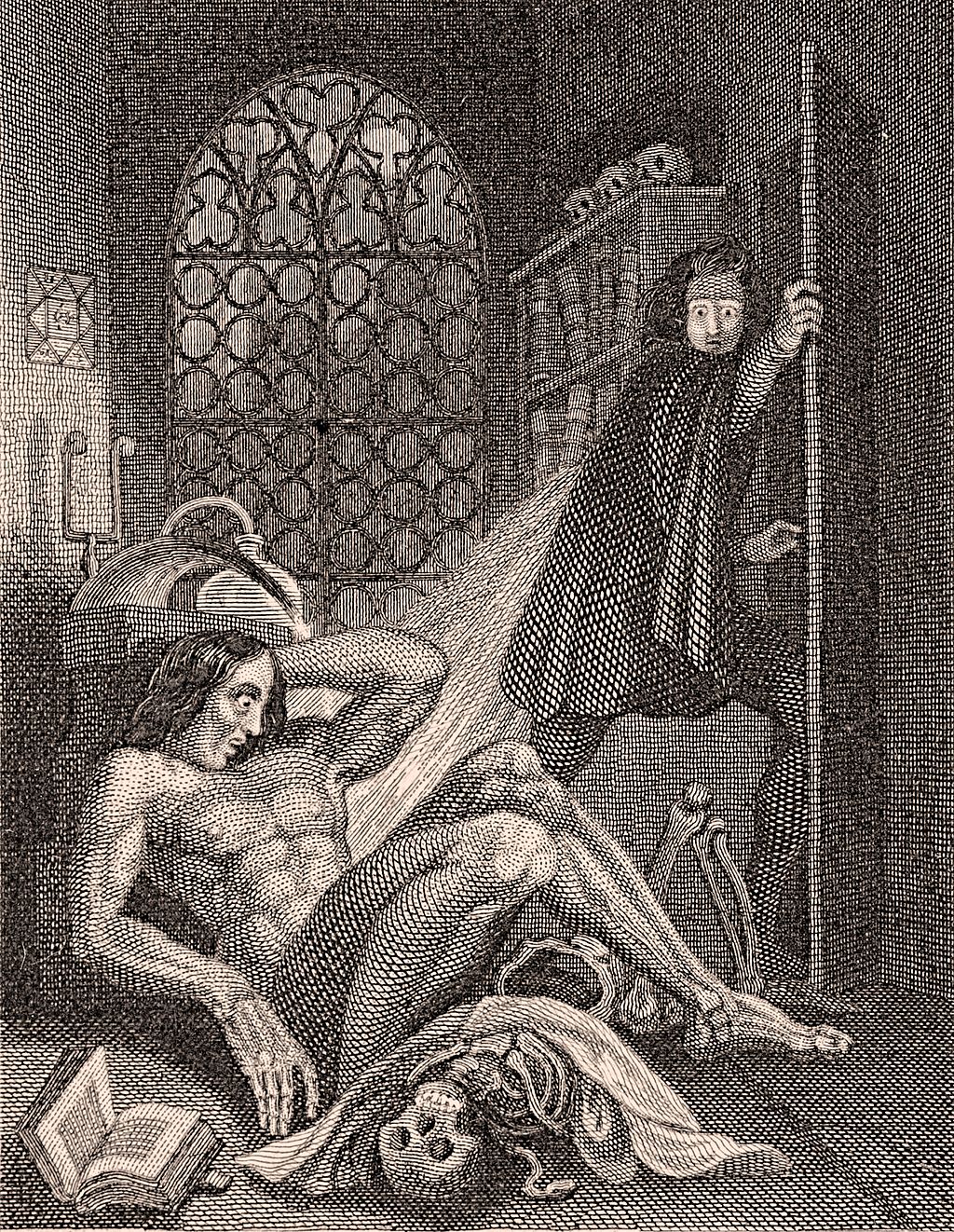 Bringing the Monster to Life

This quote is from Frankenstein, when Frankenstein firsts makes the monster that he created come to life. The parts of the quote that are the most striking are "collected the instruments of life", and the words "spark" and "convulsive".

The words spark and convulsive allude to the electrical components of the experiment. It is important that Shelley used these words because they are words that are associated with electricity, which signifies the use of electricity and the importance and impact of the life of the monster.

The phrase "collected the instruments of life" is imperative in this paragraph, because it distinguishes the intentions of Frankenstein's experiment. Not only does Frankenstein want to use electricity to create a new working body out of recycled body parts, but he wants to create a creature that is alive, that has life This is powerful because not only does it give Frankenstein the role of "playing God", but shows the importance of life not only to him, but to Mary Shelley as well.