Technology and Society: A Study Examining Science Fiction Novels in the Early 19th and 20th Centuries: The First Men in the Moon

The First Men in the Moon and Science

The First Men in the Moon, a novel written by H. G. Wells, delves into the unknown with space exploration, even though the novel was originally published in 1901. Though this is not one of Well’s most popular novels, it shines light on the scientific knowledge that Wells had, and the impact that that knowledge had on his writing. While Wells made his profession in writing, publishing some of the best and most well-known scientific fiction books to date, his education was in science. Specifically, the natural sciences.

This had to have had an impact on his writing, and how he thought the the scientific community, and the scientific experiments and developments that were happening at the time. The First Men in the Moon not only uses science in a way that is forward thinking for the time, Wells does a magnificent job mixing science fiction and still being true to the actual science itself. Being a trained scientist, his writing had attributes that showed the significance of making science fiction novels actually seem real, and not just something out of the imagination. 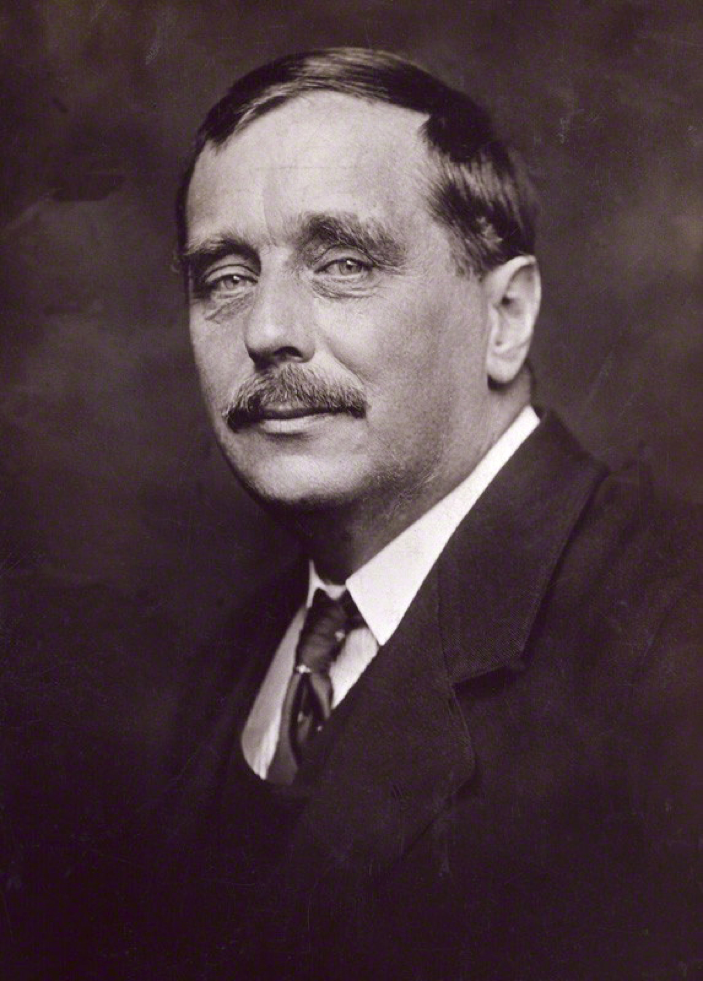 In The First Men in the Moon, Wells walks through how the machine was built in order to take the characters to the moon, emphasizing the physics that is used and needed in order to build such a contraption, and how the anti-gravity material cavorite, was developed. This development stage of the novel is important because Wells acknowledges the hardships of science experiments, and the process in which it takes for something to work. Wells understood the process in which scientific experiments and developments needed to be made. This could perhaps explain why his readers were so fascinated with his work. The realness of the way in which the science was presented was extremely popular with his readers.

Wells was born in 1866 in England. Growing up, this parents didn’t have much money, though his father was an avid cricket player, their family was supported by a family business that didn’t do very well. As a child, he often fought illnesses, and a freak accident that left him with a broken leg led him to be bedridden for an extended period of time. During this time, his father brought him various things to read from the library, and it is guessed that his interest in reading and writing was sparked during this time. Though he had a great interest in reading and writing, when he went to school for a formal education, his education was focused in the Natural Sciences. This included biology, chemistry, astronomy and physics.

Though Wells’ education was in the sciences, he had a great interest in political science, and philosophy. This was influential in his life, as he eventually wrote various pieces that were not science fiction, but works of political science. Even though Wells was educated as a scientist, he was still an avid writer, and reader. He published his first short story while in college, and continued to write even after that. After graduating University, Well’s lived in the Uppark house, where his mother worked as a Lady’s Maid. Here, Wells had access to more resources than he did when he was at home. Due to the nature of the Uppark House estate, he had access to the house library, in which he read books that greatly influenced his future writings. These included, Plato’s Republic and Thomas More’s Utopia. As well as having access to the library, Wells had an attic bedroom, which he was able to use for his telescope! Wells’ writings often have a lot to do with the future of the human race, and the science and technology surrounding that. This also means that they focus on technologies that are set in the future, so the technologies are fragments of Well’s imagination.

"We set to work at once to reconstruct his laboratory and proceed with our experiments. Cavor talked on my level more than he had before, when it came to the question of how we should make the stuff next… If we can possibly avoid wrecking this little planet of ours we will. But - there must be risks! There must be. In experimental work there always are."

This quote, taken from Chapter 2 of The First Men in the Moon, is from Mr. Cavorite, the main scientist in the novel. I find this quote intriguing because it explains the way in which the scientist thought in the book. This is important because it can reflect how Wells himself approaches science, and how that is reflected in his novel. 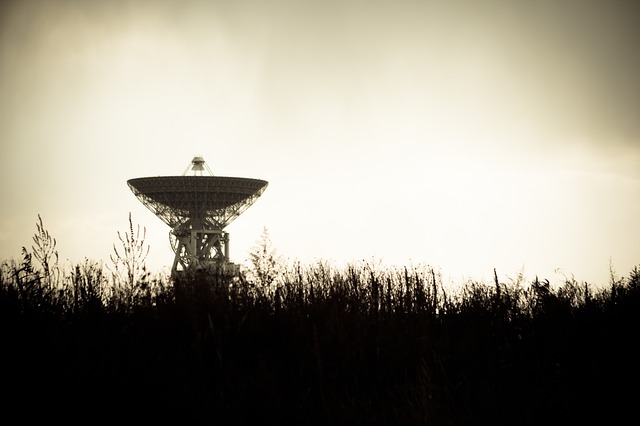 However, as stated previously, The First Men in the Moon was not published until 1901. Therefore, it is safe to assume that Wells, in a way, predicted some type of radio communication. His history in the sciences make him no stranger to the potential that occurs in science development, therefore, it is applicable to assume that there was a possible that he may have known about the scientific developments that were happening at the time with radio technology, and thus made the conclusion that vocal radio communication could happen.