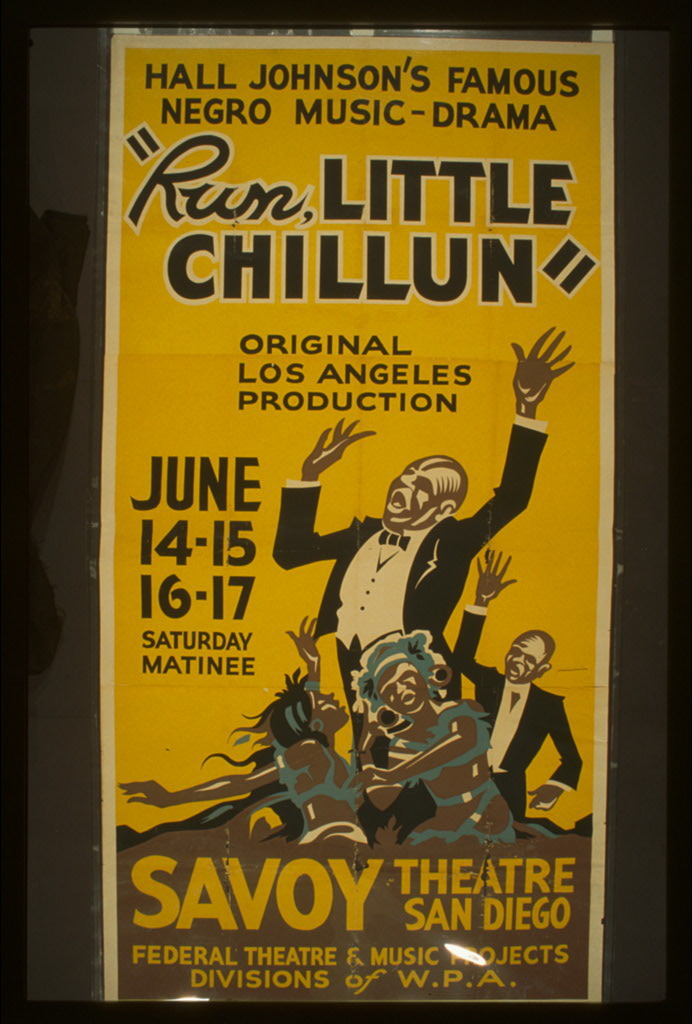 This guide will take you though the research process for Music 493:  Spirituals, using Run Little Chillun, a musical by Hall Johnson, as an example. The project will look at issues of authenticity, whether the songs in the musical are "real" Negro spirituals, the role of women in the musical, and what would it mean to produce the play today in an "authentic" manner.

Questions that arose from the research:

3. How would you deal with the problematic portrayal of women in the play?

4. Would you do the play in dialect?

5. Would performing the play with just the music make sense? What would be lost?

6. Where are the songs? Do the songs advance the plot? Do they do more than just ornament the story? Do they speak to the larger tradition/purpose of spirituals?

7. In the original production, Hall Johnson was accused of stealing Zora Neale Hurston's "African" dances for his pagan Moon Dance. What would the dance look like now? How would you create an "authentic" dance when the only information the play gives is that the townspeople believe that the members of the Pilgrims Cult are African.