Gardner Fountain, as the frontispiece in the center of the grand circle in front of Jones Hall, serves as another iconic representation of Puget Sound's campus and campus community. The fountain itself, however is a relatively late addition to the campus: it was constructed in 1967 in memory of university attorney Hilton Gardner (Thompson III.157). The Fountain's design reflects a number of design inspirations: President Thompson sites fountains from the city of Zurich (Thompson III.159) as well as "gargoyles which are a copy of those found in the fountain at Christ Church College in Oxford University Quadrangle" (Thompson I.63); the entire design was synthesized by architect Silas Nelson to better fit the "modified Tudor architecture" (Thompson III.159) which surrounds the fountain now. (For more about the campus architecture style, see the 'Jones Hall' tour stop.) 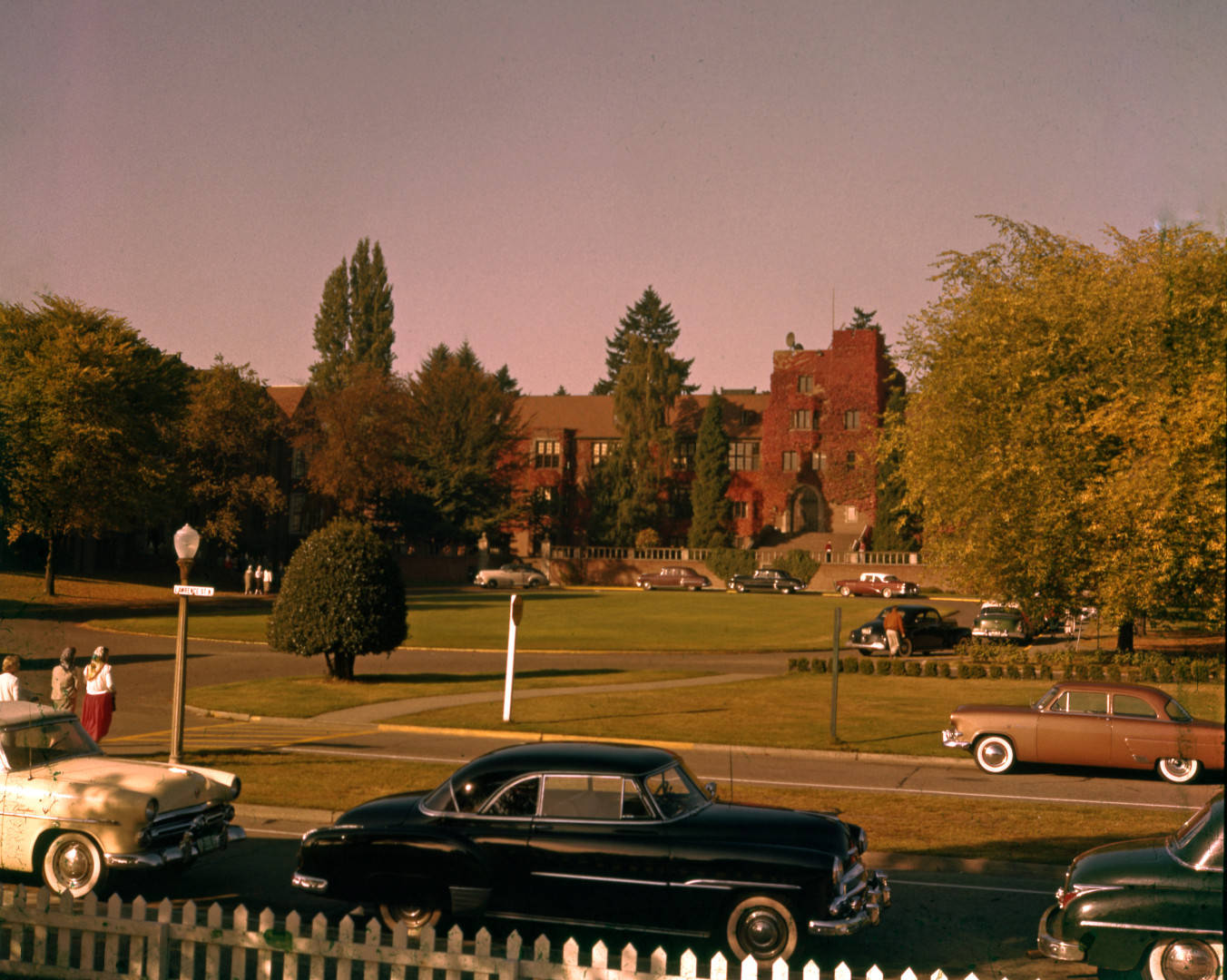 The grand circle of Sutton Quadrangle in front of Jones, in 1955, before the installation of the fountain (Image source: A Sound Past).