In his discussion of our campus's Sacred Spaces, now-retired university President Ronald Thomas describes Puget Sound's architecture style ("Tudor Gothic," or more specifically the revival "Collegiate Gothic") in terms of both its features and its spiritual effect. President Thomas highlights certain monumental elements of the campus as representative of this Collegiate Gothic style: "the entry circle in front of Jones," "the colonnade of pointed arches connecting Jones and Howarth," and "the great windows of the library." 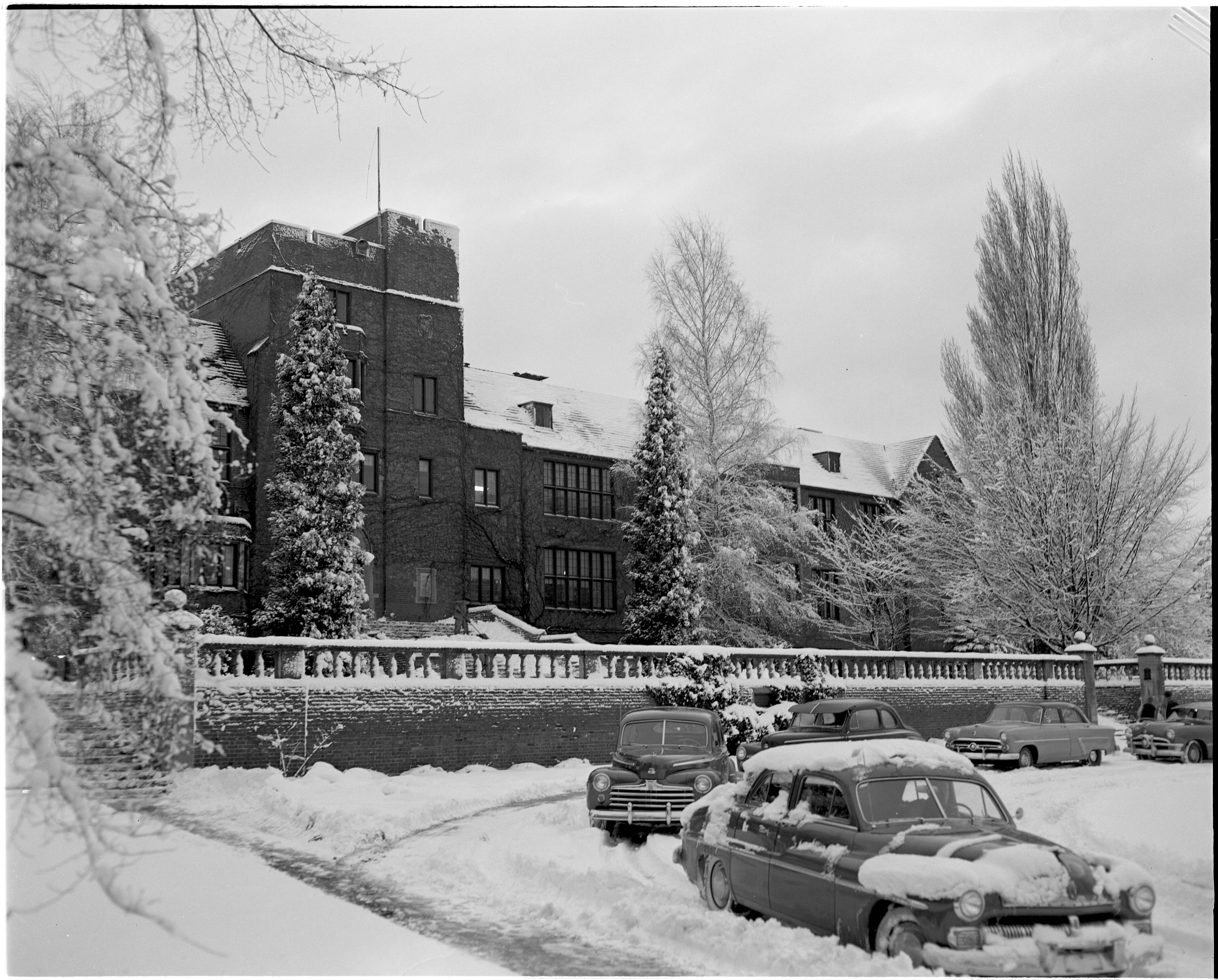 The grand entryway of Jones Hall, 1954. (Image source: A Sound Past, University of Puget Sound Digital Collections, originally in The Trail). 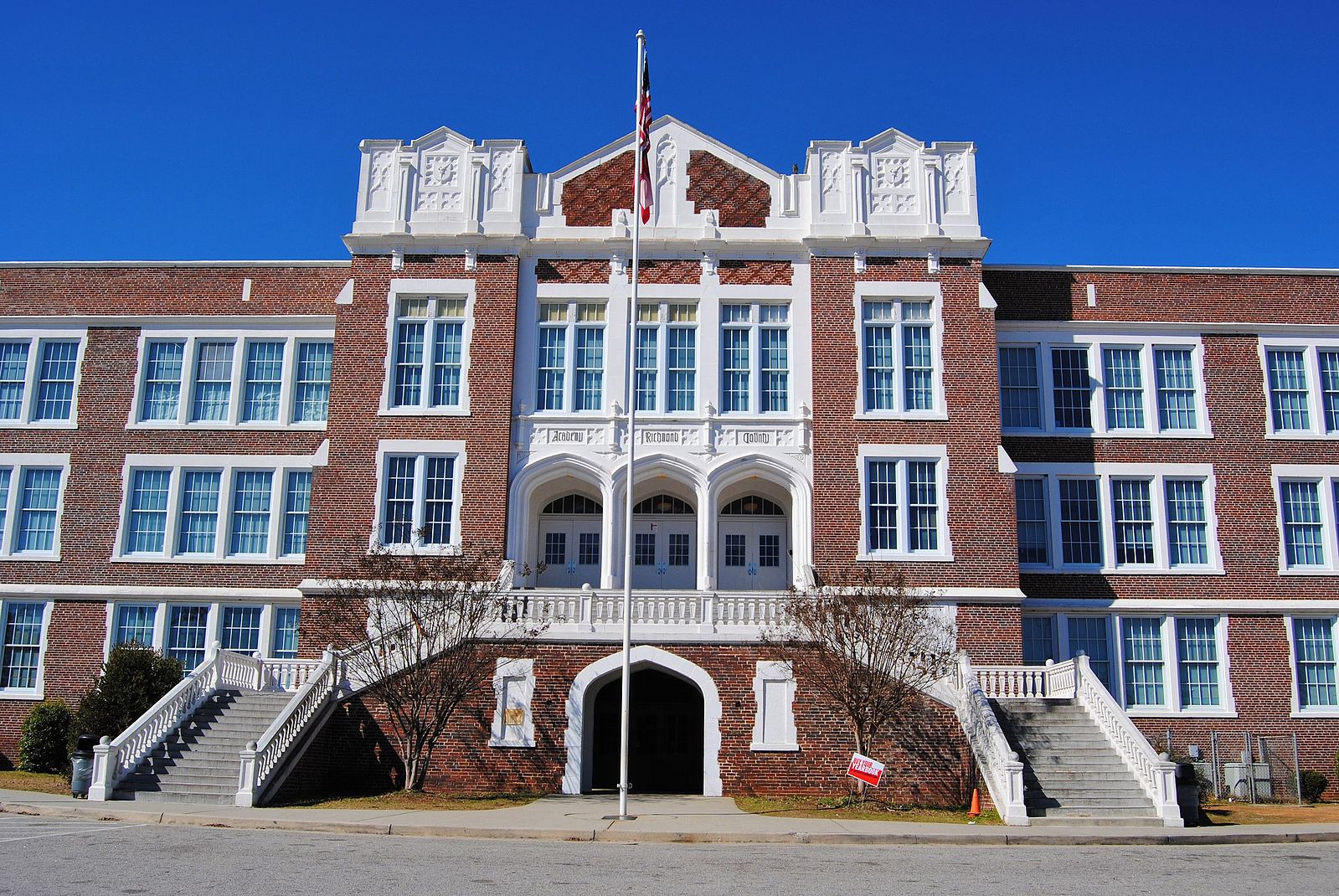 The Academy of Richmond County, in Augusta, Georgia, is housed in a 1926 Collegiate Gothic building. Its grand entrance features double-staircases and railings resembling those seen leading up to Puget Sound's Jones Hall. (Image source: Wikimedia). 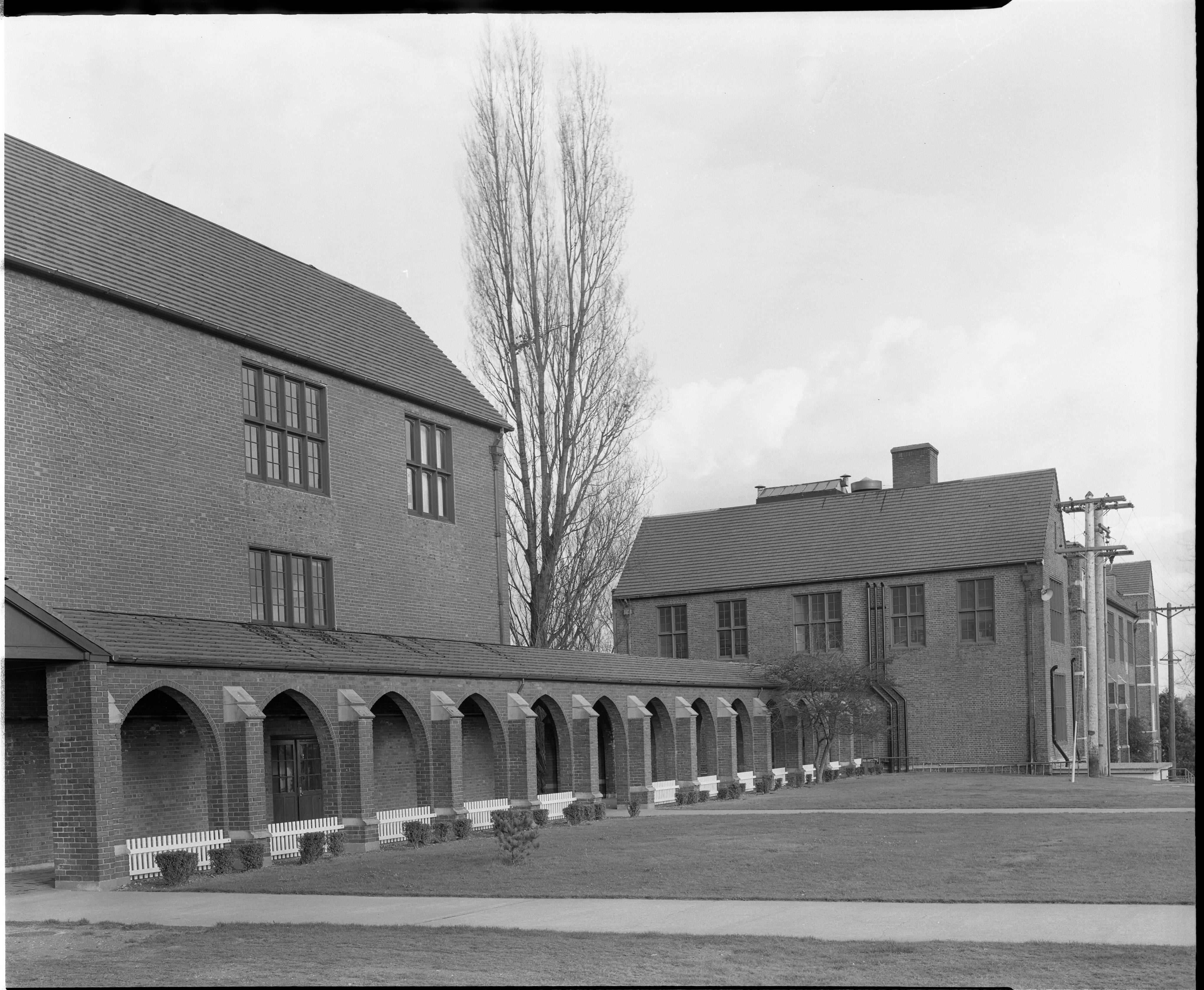 The row of gothic arches that run between Jones Hall and Howarth Hall, 1954. (Image source: A Sound Past, University of Puget Sound Digital Collections.) 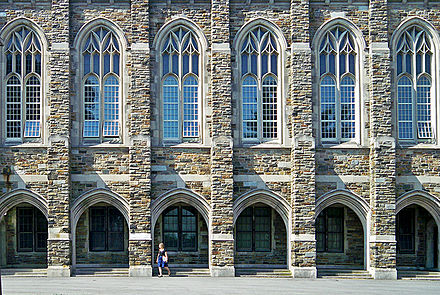 The Baltimore City College, nicknamed "The College on a Hill," is a public high school whose collegiate gothic architecture features, including rows of gothic arches built between 1926 and 1928, are roughly contemporary with Puget Sound's own initial construction of Jones, in 1924, and Howarth, in 1927 (Image source: Wikimedia). 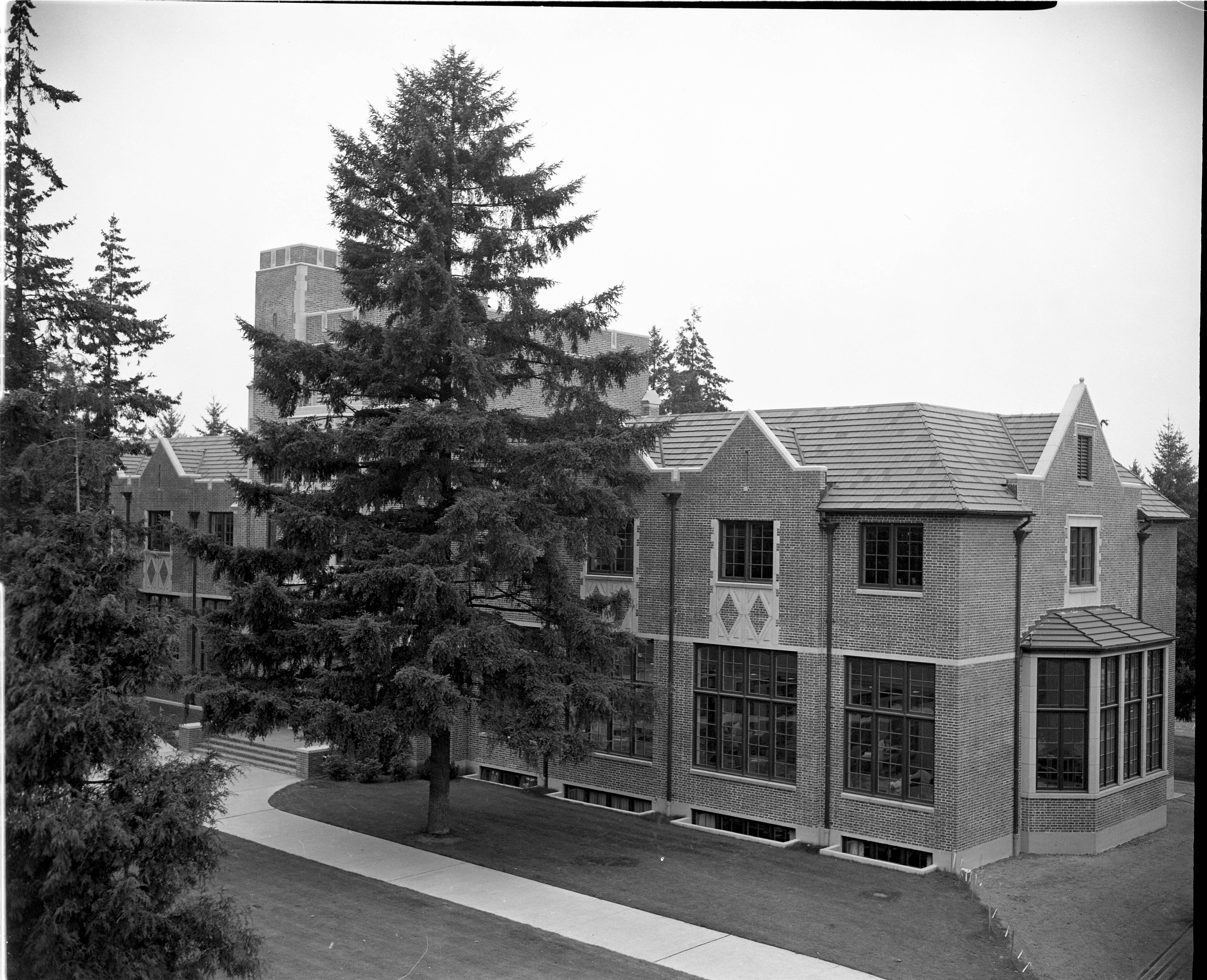 Collins Memorial Library, shortly after its construction in 1954. (Image source: A Sound Past, University of Puget Sound Digital Collections.) 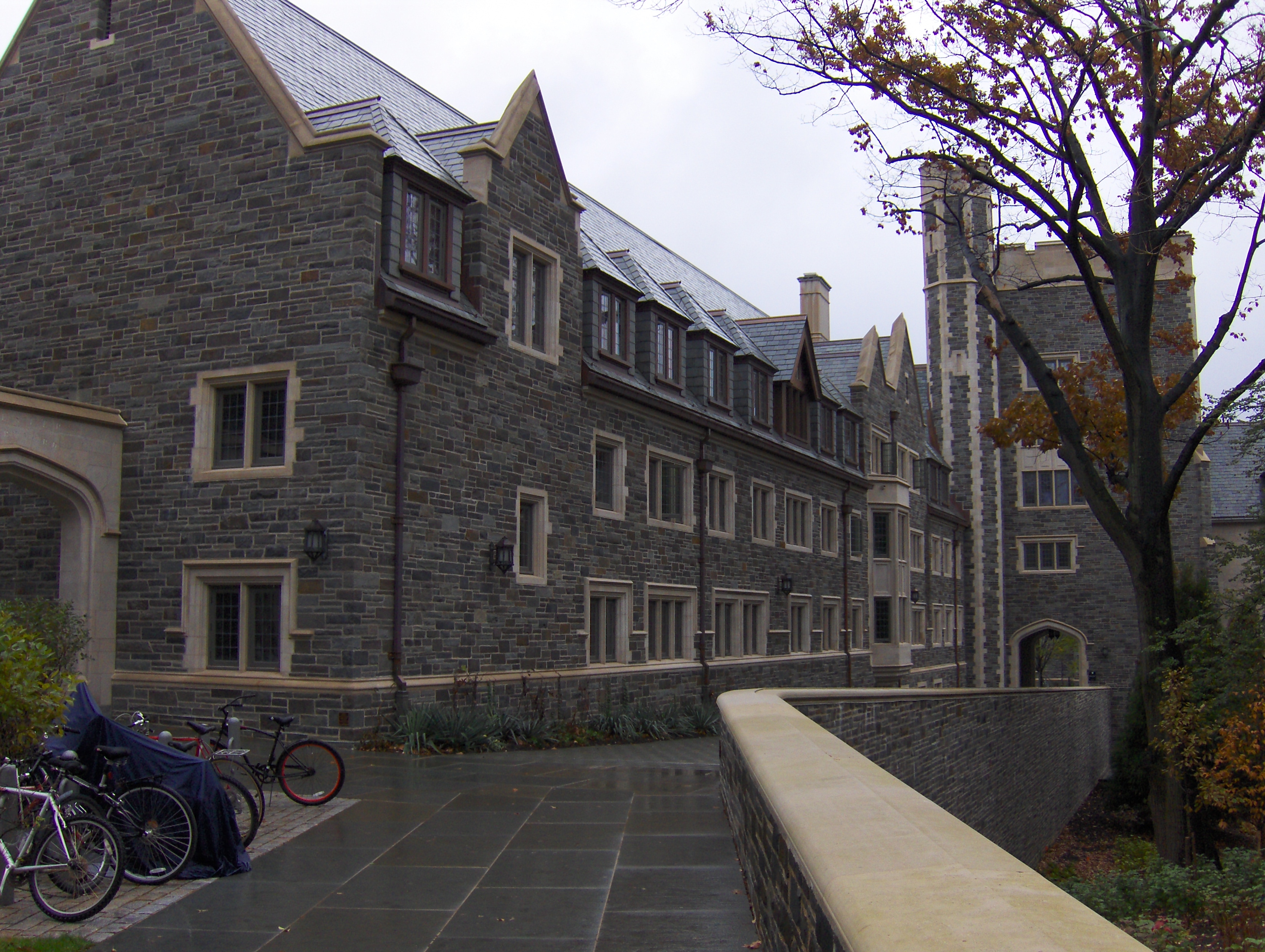