A Brief History of Langlow House

Langlow House, an on-campus residential house located at 1218 North Alder street, is currently home to a group of approximately 15 students from the Coolidge Otis Chapman Honors program. Construction of the house began in 1906, as part of an "unprecedented" building rush in Tacoma (Tacoma Daily Ledger, July 22nd, 1906, p. 20). The original owner was a local lawyer and legislator named Govner Teats, who owned ten acres of berry farms which would eventually become part of the University of Puget Sound's campus. When Teats died in 1926, his land was subdivided, and his house was ultimately purchased by the Langlow family in the 1930s. Leonard Langlow, the editor of the Tacoma Times, sold the house to the Kappa Sigma Alumni Association, of which his sons were members, in 1948, and Langlow House officially became university property in 1962.

The image on the left shows the house as the Kappa Sigma fraternity residence, circa 1950 (Image source: A Sound Past). The image on the right is the house as it is currently, a residence for Honors students (Image source: Puget Sound). The house's overall exterior appearance has changed remarkably little, not only since it became a home for students in 1948, but even since its earliest days. 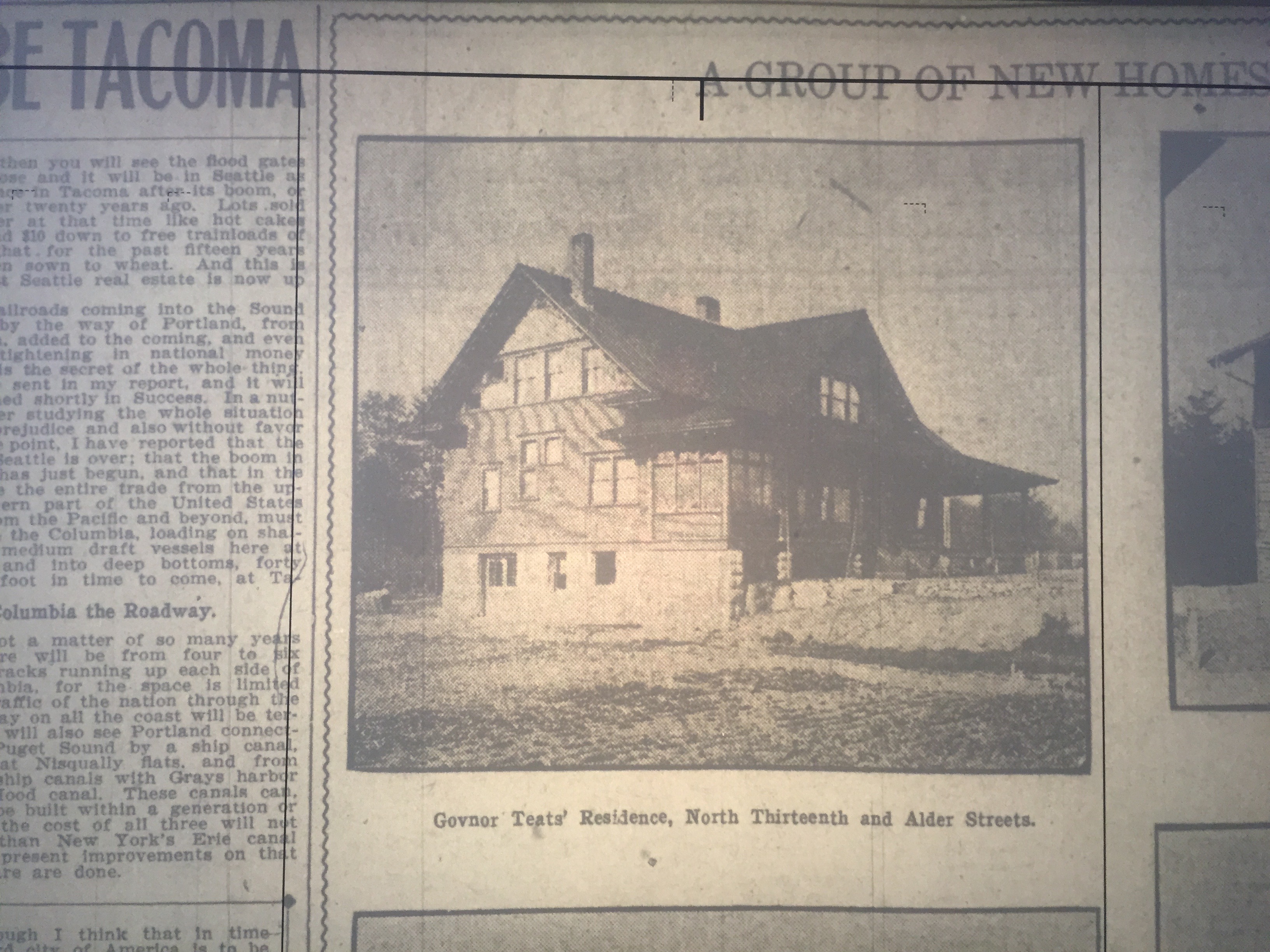 The above image of the house (the earliest known photograph of the building) appeared in the Tacoma Daily News on May 18th, 1907, p. 22. All of its notable architectural features, including the wrap-around porch, were already in place at this time.

Langlow within the Larger Campus

Although Langlow House is a relatively small on-campus house, it has an out-sized impact on the conceptual organization of campus space, as can be seen in the "Tapestry of Learning" map graphic on the right. The pale blue Humanities/Honors axis marks the incorporation of Langlow as a locus of the Honors program in parallel with Wyatt Hall, the main academic building for the Humanities Departments on campus. 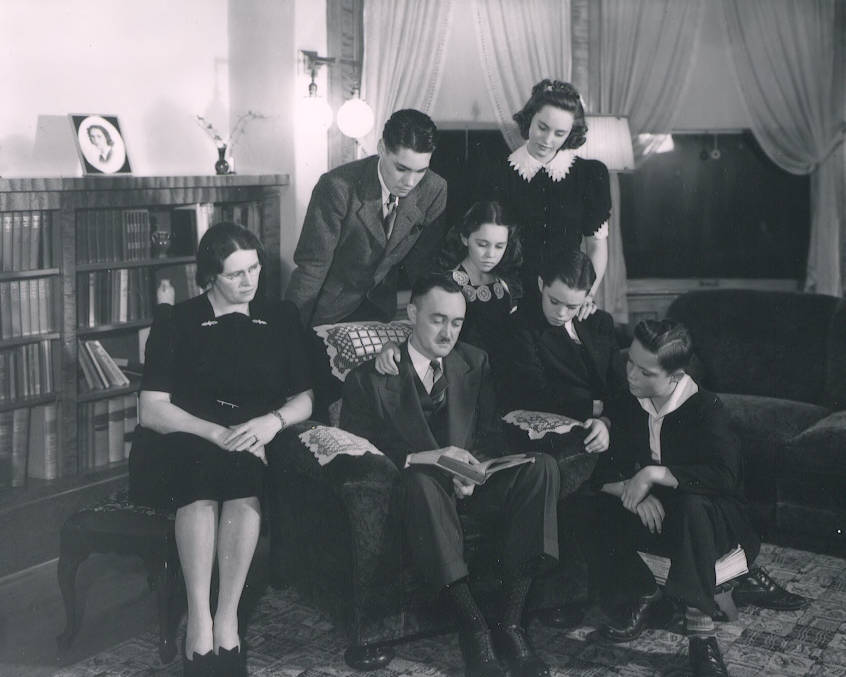 The last nuclear family to live in Langlow House was that of Leonard Langlow, whose sons were members of the the Kappa Sigma fraternity who used the house as a fraternity residence from 1948 until 1962. The above image shows the Langlow family in their living room during the 1930s (Image source: Tacoma Public Library).

Langlow within the Larger Campus 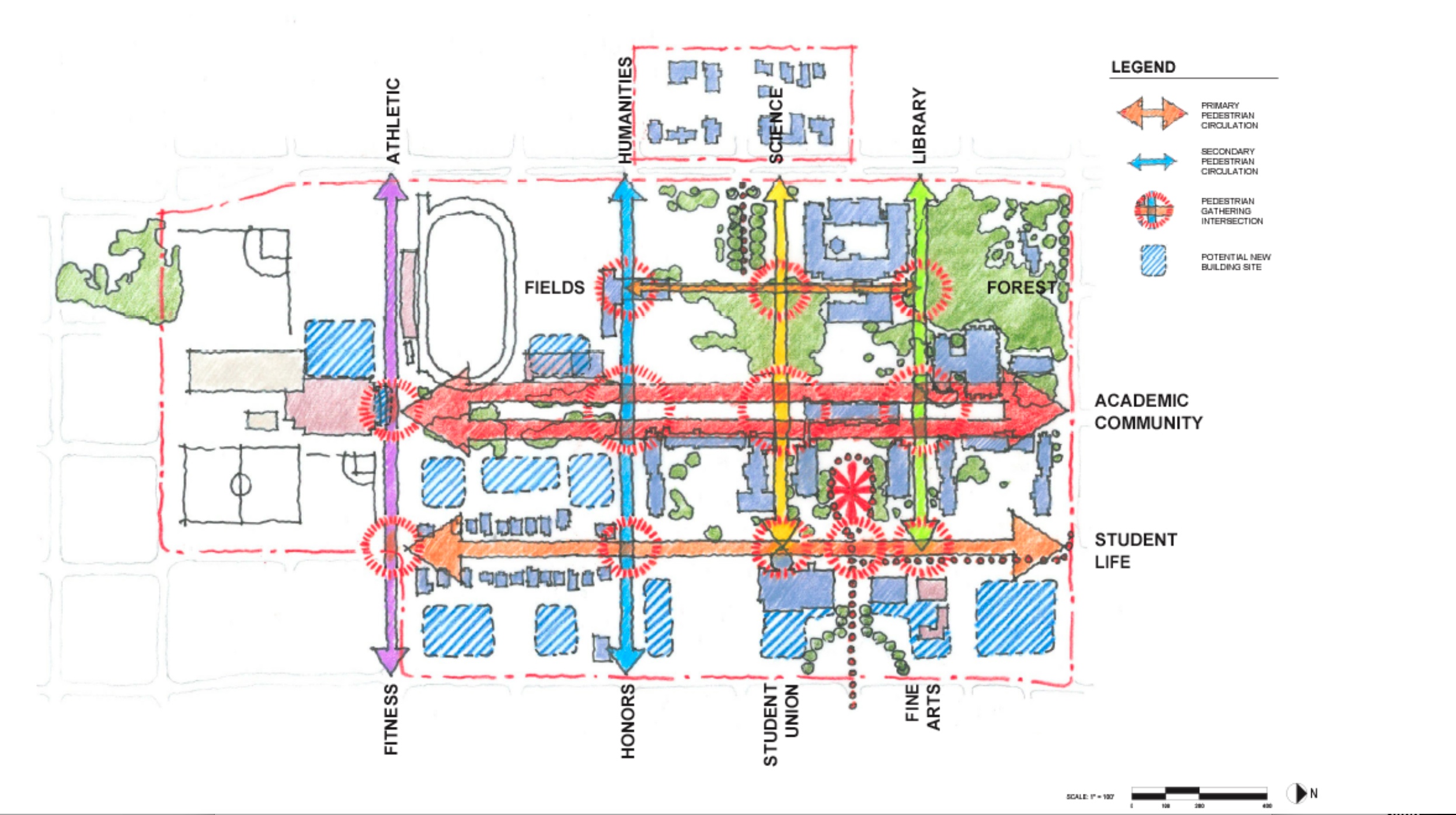 The "Tapestry of Learning," a space-planning document from 2003.