Since the beginning of its time occupying the current North Warner campus, the University of Puget Sound has been home to some form of what we now know as the Slater Museum of Natural History. The museum's current holdings of biological specimens began with the herpetological collection of Dr. James R. Slater, which were first housed in the attic of Howarth Hall beginning in 1926. This collection came to include mammal specimens thanks to the efforts of Dr. Murray L. Johnson, and bird and plant specimens as a result of the work of Dr. Gordon D. Alcorn. By 1946, these joint collections came to be formally known as the Puget Sound Museum, and the ongoing growth of the museum's collection over-all led to a relocation of the entire museum from the Howarth attic to the third floor of the then-new Thompson Hall in 1968. The name was changed to the Slater Museum of Natural History in 1979, and in 2007 the Slater Museum found its current home on the second floor of Thompson Hall as part of the Thompson Hall renovations during the construction of nearby Harned Hall. 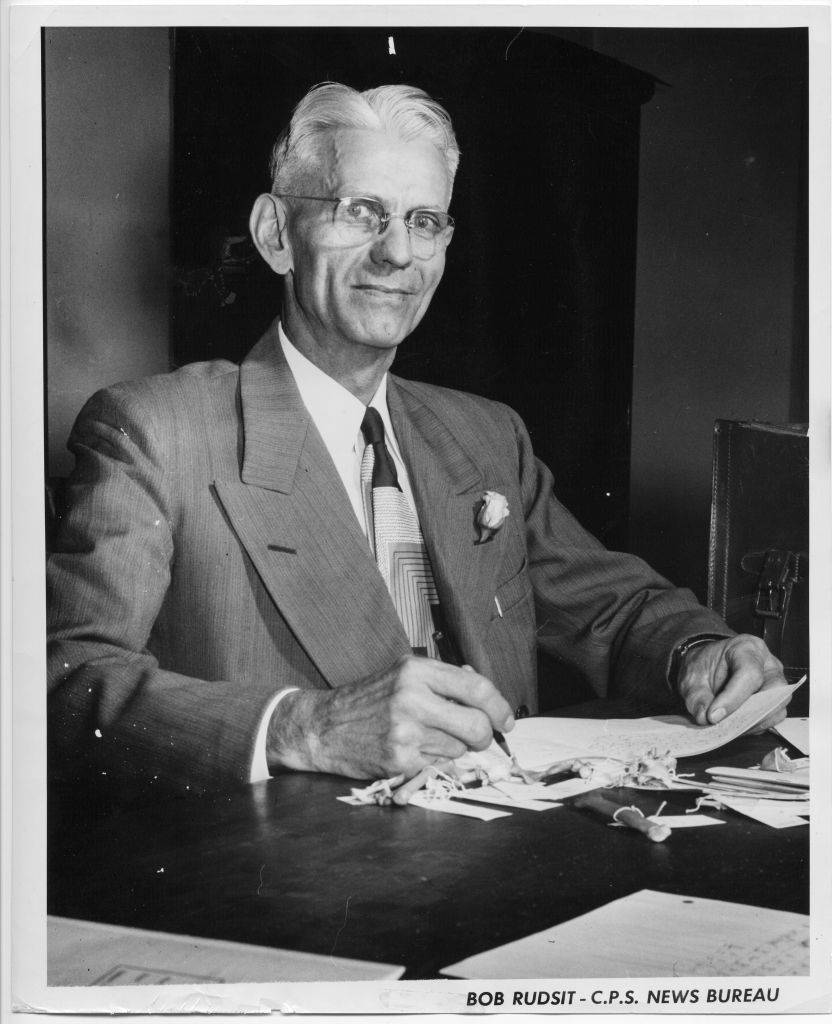 An image of Dr. James R. Slater, the biology professor and herpetologist for whom the museum is now named (Image source: A Sound Past).

Slater Then and Now 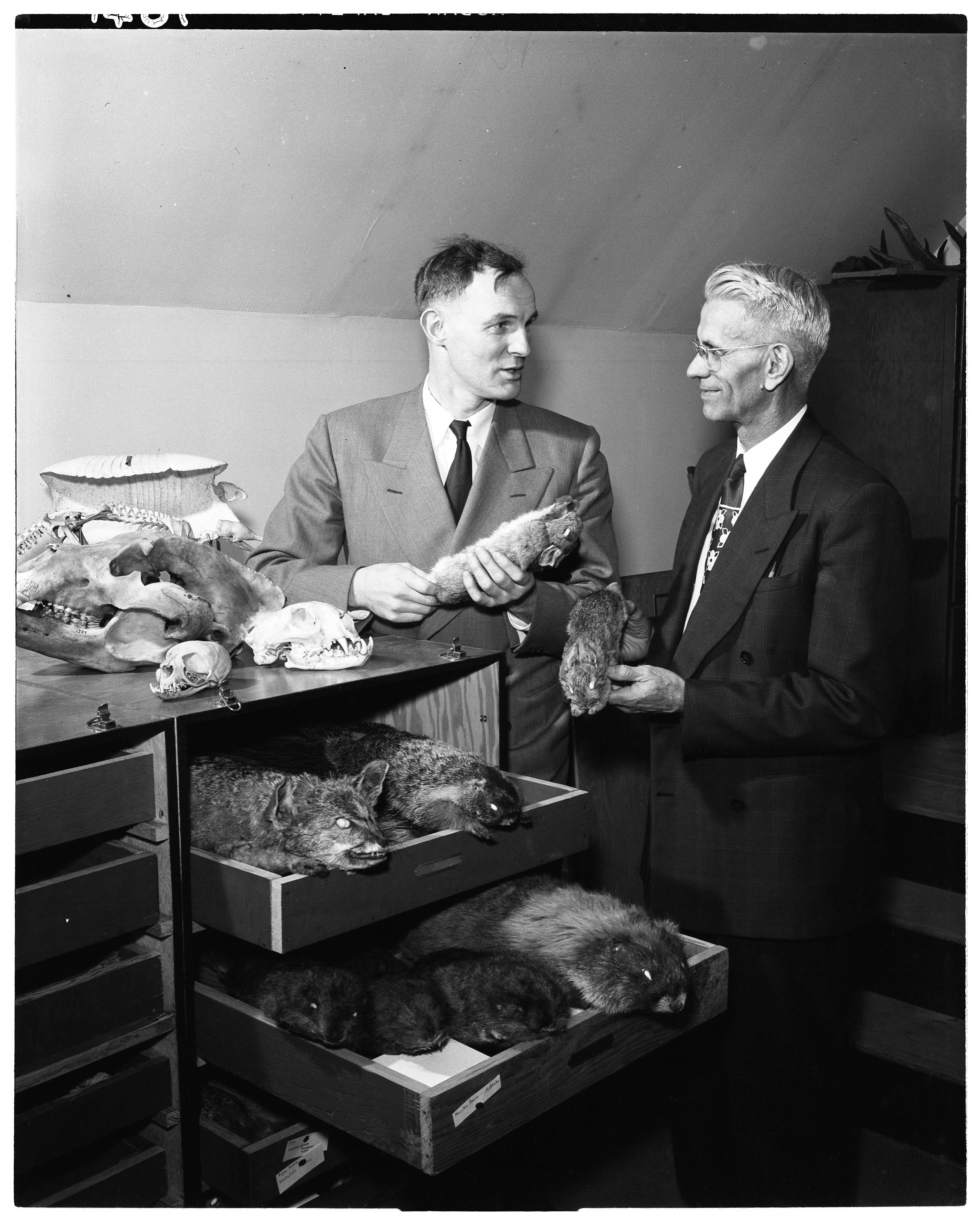 An image of both James Slater and Murray Johnson (Image source:

Historical Displays at the Slater Museum (2014) 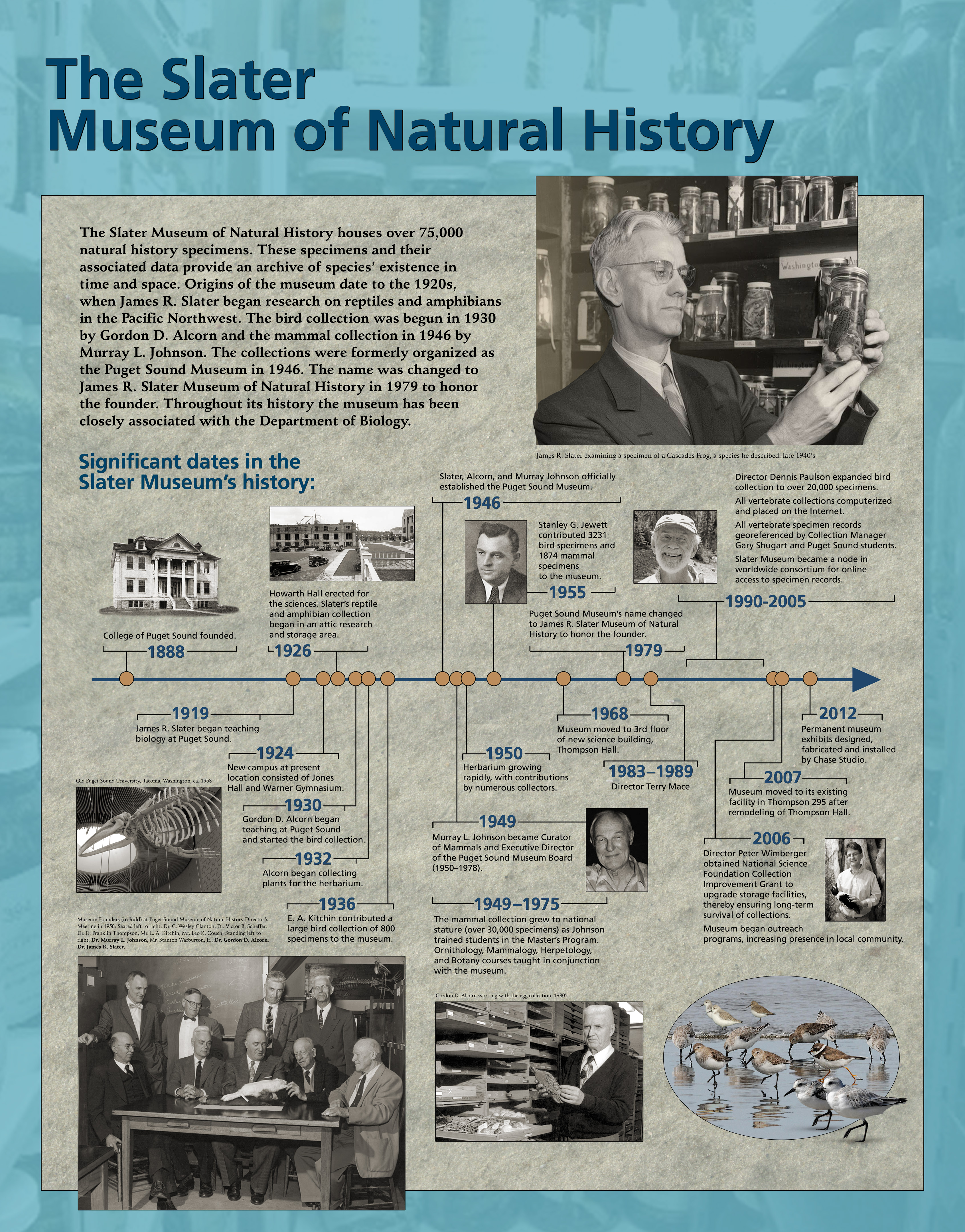 In 2014, the Slater Museum erected a series of new exterior exhibits, visible in the hallways of Thompson Hall, just outside the museum. The poster above (Image source: Slater Museum) provides a timeline of important events in the museum's history.