This guide provides general information about the Caribbean and Caribbean writers invited to campus for the Chism Lecture Series, 2013-2014.

Books about the Caribbean

For more books, try these subject terms in Primo: 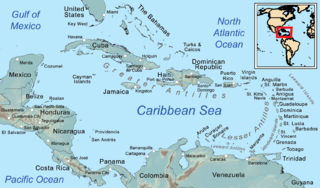 Map Credit: Map of the Caribbean Sea and its islands by Kmusser, http://commons.wikimedia.org/wiki/File:Caribbean_general_map.png

For background information about countries in the Caribbean region, try these suggested sources.

CultureGrams Concise reports on more than 182 cultures of the world and US States. Daily life and culture, history, customs, and lifestyles of the world's people.

Country Profiles from the BBC - quick guides to the history, politics and economic background of countries and territories.

Europa World Plus Online
Covers political and economic information for more than 250 countries and territories, with surveys that provide in-depth, expert analysis at the regional, sub-regional and country levels.

See also Afro-Caribbean Migrations to the United States; Maroonage in the Americas; Slavery in Latin America and the Caribbean

African Americans migrated to New York from the rural south after the War. A vast influx came by plane from Puerto Rico and other terribly poor Caribbean islands.

“Amok,” “boomerang,” “bungalow,” “bangle,” “dumdum,” “plonk,” “assassin”—these are some of the many words that have entered English by way of colonial expansion. This program explores how the British Empire in its heyday exported its language around the globe and how different forms of speech and vocabulary, as well as different attitudes to English, developed out of that colonial expansion. Rich variations of dialect, accent, and slang are heard in many samples from India, the Caribbean, and Australia. (52 minutes)

Chism Lecture in Humanities and Arts

History and Purpose
Named after Catharine Gould Chism, a Seattle businesswoman and patron of the arts. When Chism died in 1978, she left Puget Sound $1.25 million for an endowment that provides permanent support for the arts and humanities at the university.

Schedule
Lectures are scheduled in various disciplines throughout each academic year, in conjunction with residencies and/or master classes.